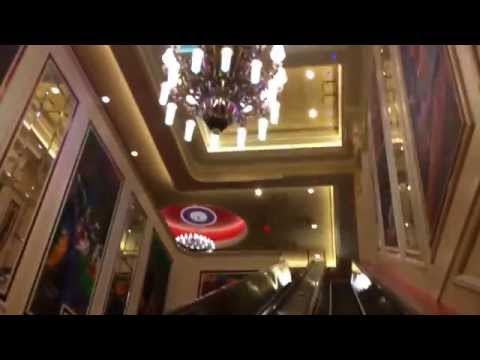 History of Clifton Hill Part 5 (Final): What Could Have Been, and What Can Still Be

Based on the rhetoric of the 2016 Trump campaign, numerous racially charged tweets, anti-immigrant policies, and even the lack of diversity within his own staff, it doesn't seem surprising to say that Donald Trump is a bigot.
Bear in mind that this will be quite long. It'll be broken down into three categories: pre-presidency, 2016 candidacy, and presidency. I should note that this post won't contain everything, so at the end I'll add other compilations of his remarks towards different groups.

I will have 5 day weekends during my summer (only 2 of them) and I was thinking of London, Las Vegas, California, Seattle, and Ocean City, Maryland as options

So both times, my 5 day weekend will be Starting on Thursday and end on a Monday. Ideally, I want to schedule my departing flight on a Thursday morning and then my arriving flight back home on Monday morning or afternoon.
My interests include some history, I just got interested in hiking so some beginning hiking would great, outdoor adventure (like kayaking, biking and zip lining), unique city secrets and hidden gems, haunted/ paranormal stuff (just not too much), FOOD, ALCOHOL, DINING, meeting and partying with people in their 20s and older, geek/nerd culture, historical buildings, scenic views, things particular to the city/area/culture and etc.
Here is what I have so far and any recommendations and suggestions are more than welcomed!
London
I went almost three years ago and realized how beautiful the city was. Las time I was there with my aunt and we did some sight seeing. I want to do some sightseeing but maybe do more! Here is what I had in mind:
I also remember seeing on Globe Trekker there was this small row boat you can take along a river in London and head to a beautiful place in Oxford and has tremendous views! I was thinking about having a Sunday breakfast with charcuterie and glass of wine (if permitted). I'm also interested in anything that looks like the Shambles of York!
Las Vegas
Last summer, I had a blast but to the point where I drank myself stupid. This time, I want to do it right because last time, I wasn't able to do many activities due to a huge ass hangover but I still want to party and drink (just not too hard). Here is what I had in mind:
I have a feeling there are hidden gems in Las Vegas too but I haven't found them. I heard of this really good pizza place at the Cosmopolitan but you have to explore the place to find it. I wasn't able to find it last time.
California
I've always wanted to go the the west coast. From my perspective, everyone is chill, welcoming, and good looking too! The Spotify ad makes LA sound soooo good too! I want to do some nature hiking, a bunch of activities in the city, eat, drink, and party too! I also heard Venice Beach is nice. I want to go to a place where I can easily meet people too. Any suggestions and recommendations will be appreciated!
Seattle
I remember doing my first Reddit Gifts exchange and the theme was snacks. My Secret Santa blew me away with her care package that was from the People's Market! From then I wanted to visit that Market! I also want to visit the original Starbucks too!
Ocean City, Maryland
This will just be a little weekend getaway with me and my friends. We're coming from NJ. We'll leave on our motorcycles on Thursday, spend a night in Cape May then catch the ferry going down to Ocean City, Maryland the next morning. We'll do some beach time on Friday morning and get unlimited crabs at the Crab Bag then head out to Seacrets for the whole time. Then we'll just head to Seacrets the whole day on Saturday. Not sure what's the best thing to do on Sunday though!
Any recommendations and suggestions will be more than appreciated. To anyone who went to these places, what did you do and how much fun was it?

WORK HARDER - THE MAP I CREATED - INSPIRED BY THE DUCKTAILS ADVENTURE GAMES FROM BURGERKING IN THE 80's. NO I SHOULDN'T HAVE SOLD THIS JENNY. IT'S MICE AND MEN. OH YEAH BIG KISSES TO YOSHI.